What is a migraine?

Migraine is a mysterious condition characterized by pulsing headaches on one side that last 4–48 hours and are frequently accompanied by nausea, vomiting, sensitivity to light and sound, bursts of light, vertigo, loose movements, and other symptoms.

Migraine is a debilitating disease that affects 10–15 percent of the population. While the causes are unknown, both genetic and environmental factors appear to play an important role in it. Around three-quarters of migraineurs have more than one episode per month. Attacks usually start during puberty and fade away as people get older.

The disease affects twice in women as compared to men, and attacks are often related to the menstrual cycle or other reproductive events. Rapid drops in estrogen levels tend to cause migraine attacks in those that are susceptible.

Migraine can strike at any time of day, but it is more common in the morning. The discomfort can last anywhere from a few hours to one or two days. Migraines strike in some people once or twice a week while in some people it came only once or twice a year. Migraines, for the most part, do not pose a threat to your general health. On the other hand, migraine attacks may cause significant disruption in your daily life.

We don’t know what causes migraines, but there are a few factors that are more common in migraine sufferers:

There are the following types of headache

There are two main types of migraine headaches.

It is characterized by an intense, unilateral, pulsating headache that lasts between 2 and 72 hours. These headaches are often exacerbated by physical activity and which is followed by nausea, vomiting, photophobia (light sensitivity), and phonophobia (fear of sound). About 85% of migraineurs may not have a headache.

The migraine with aura (previously known as classic migraine), in which headache is accompanied by neurologic symptoms known as auras, in which visual, auditory, or trigger speech or motor disturbances may occur. Visual signs are the most common prodromal symptoms, which appear 20 to 40 minutes before headache pain starts.

Migraines are caused by a variety of unclear factors. They are, however, thought to be linked to a combination of environmental and genetic factors. In around two-thirds of cases, they run in families and are rarely caused by a single gene defect.

Many psychiatric disorders, such as depression, anxiety, and bipolar disorder, and many biological events are the causes or triggers of migraine.

Stress, hunger, and exhaustion are all common triggers (these equally contribute to tension headaches). Between 50 and 80 percent of people say psychological stress is a factor. Migraines have also been linked to violence and post-traumatic stress disorder. Migraines are more common around the time of menstruation.

Menarche, oral contraceptive use, pregnancy, perimenopause, and menopause are all hormonal factors that play a role. In migraines without aura, hormonal effects seem to play a larger role. Migraines are uncommon in the second and third trimesters, as well as after menopause.

Foods are reported to be triggers by anywhere from 12 to 60% of people. Dietary trigger proof, on the other hand, is often based on self-reports and isn’t rigorous enough to confirm or disprove any specific trigger. There is also no simple explanation for why certain foods can cause migraines.

In terms of particular agents, there does not seem to be any proof that tyramine has an impact on migraine, and although monosodium glutamate (MSG) is often cited as a dietary cause, the evidence does not always back this up.

An analysis of possible migraine causes in the indoor and outdoor environment concluded that the overall research was of low quality, but it also recommended that people who suffer from migraines take certain preventive steps related to indoor air quality and lighting.

Migraines are characterized by recurrent severe headaches that are self-limited and accompanied by autonomic symptoms. Around 15–30% of people with migraines have migraines with an aura, and those who have migraines with aura also have migraines without aura quite frequently. The intensity of the pain, the duration of the headache, and the frequency with which it occurs are all variables. Status migrainosus refers to a migraine that lasts longer than 72 hours.

Learn more about the migraine symptoms and stages.

It is the most effective ergot alkaloid in the treatment of migraine headaches. When given early in an attack, relief is often dramatic, and lower doses are sufficient; however, when the pain becomes extreme, larger doses are required, and control can take several hours.

Ergotamine works by constricting the dilated cranial vessels and/or the carotid A-V shunt channels specifically. Ergotamine and DHE have also been shown to minimize neurogenic inflammation and plasma leakage in the dura mater caused by perivascular afferent nerve retrograde stimulation. The action occurs by partially agonism at 5-HT1D/1B receptors in and around cranial vessels.

DHE is less hazardous and nearly as effective as ergotamine, that’s why it is preferred for parenteral administration.

This class of drugs includes sumatriptan, naratriptan, rizatriptan ,eletriptan ,almotriptan ,frovatriptan and zolmitriptan. In about 70% of patients, these drugs effectively stop or significantly minimize the duration of migraine headaches.

The triptans are serotonin agonists that work by binding to a subset of serotonin receptors located on small peripheral nerves that supply blood to the brain. Nausea and vasoconstriction caused by dihydroergotamine and ergotamine are much less pronounced with triptans, especially rizatriptan and zolmitriptan.

Sumatriptan is given subcutaneously, intranasally, or orally.

Zolmitriptan is available orally and by nasal spray.

Rizatriptan and eletriptan are slightly more effective than the prototype medication, sumatriptan, while naratriptan and almotriptan are more well-tolerated.

With a half-life of more than 24 hours, frovatriptan is the longest-acting triptan. Individual reactions to triptans differ, and it may take more than one drug trial to find an effective treatment.

There is a significant increase in blood pressure and cardiac events have been reported with triptan use. Therefore, triptans should not be administered to patients with risk factors for coronary artery disease without performing a cardiac evaluation before administration. Pain and pressure sensations in the chest, neck, throat, and jaw are also common side effects of triptans.

When 2–3 attacks a month or more occur, regular treatment to minimize the frequency and/or intensity of attacks is prescribed for moderate-to-severe migraine. Various drug types are used, but none of them is 100% successful in all situations, and none of them completely eliminates the attacks. It may be a good idea to stop using prophylaxis every 6 months to see if it’s still necessary. It’s critical to stay away from the precipitating factor (s).

Propranolol is the most widely used medication; it decreases the frequency and severity of attacks in up to 70% of patients. The effect usually appears after four weeks and lasts for the duration of the treatment. The initial dose is 40 mg BD, but it can be increased to 160 mg BD if required. The mechanism of action is unknown.

Other nonselective (timolol) and selective (metoprolol, atenolol) agents are also effective, but pindolol and other sympathomimetic agents are ineffective.

Many tricyclic compounds have been studied, with amitriptyline (25–50 mg at bedtime) being the most widely used. Many patients find it to be safe, but it has more side effects than propranolol. It’s unclear if its ability to block 5-HT (and other monoamine) uptake is linked to the prophylactic effect. Since the antimigraine activity is independent of antidepressant properties, this class of medications is best adapted for patients that suffer from both depression and migraines.

Verapamil was found to be more effective than propranolol at reducing migraine attacks. Flunarizine is a relatively weak Ca2+ channel blocker that also inhibits Na+ channels. It is believed to be as powerful as propranolol, but there is no compelling evidence. The frequency of attacks is often reduced, but the effect on intensity and duration of attacks is less well documented.

In migraines, valproic acid (400–1200 mg/day) and gabapentin (300–1200 mg/day) have a prophylactic effect. Topiramate, a newer medication, was recently approved for migraine prevention. Start with 25 mg of topiramate OD and gradually increase to 50 mg OD or BD. Anticonvulsants have lower efficacy in migraine than blockers. They’re used in patients who haven’t responded to other medications or when propranolol isn’t an option.

Methysergide and cyproheptadine have a less effective prophylactic effect than blockers. They are no longer commonly used to treat migraines. 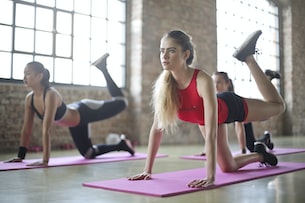 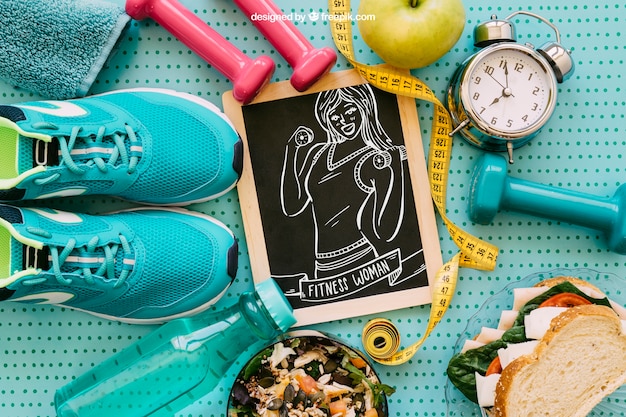 15 Weight Loss Tips Based on Evidence